Back in the Game – My New Mount!

This post talks about upgrading from a Celestron CG-5 astrophotography mount to the Sky-Watcher HEQ5. I have been using the Sky-Watcher mount ever since with over 5 years of successful deep sky imaging under its belt! 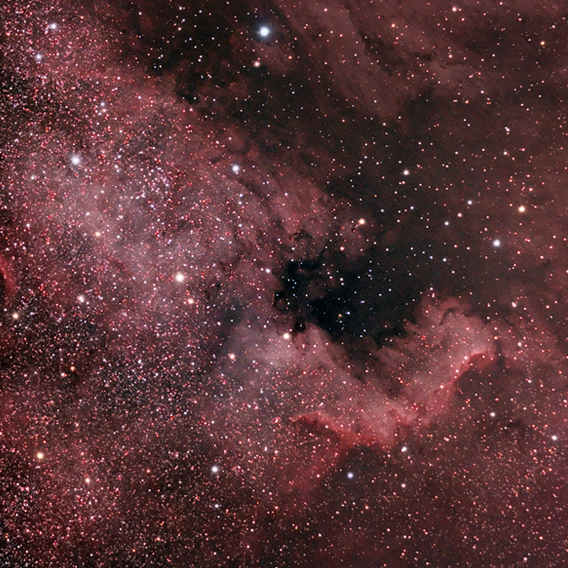 The above image was taken using my old mount last Monday. After fighting with it for over an hour (mount shutting off, restarting, re-aligning 3 times!) I finally got it to work for one more night!

I am officially back in the saddle again! My Celestron CG-5 issues had me a tad depressed about missing imaging time through the absolute best time of year. After the CG-5 was fixed in April, it quickly began acting up again, and shutting off in the middle of in the middle of my imaging sessions. I realized that I had to replace my aging “starter mount” fast!

After doing hours of research online (forums, vendor sites, blogs) I decided I was going to spring for an Orion Sirus EQ-G. It is a modest mount, but still quite expensive for my limited astro-budget. But before I put the order in, I checked Astrobuysell.ca. Wouldn’t you know it, there was a Skywatcher HEQ-5 Pro Synscan GPS for sale in my area! 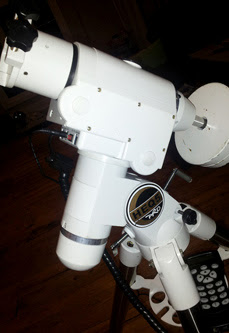 The HEQ-5 has a stellar reputation in the astrophotography community. Everything I have read about this mount has been positive.  The mount is rated to carry a 40lb payload!  It is so much heavier and solid than my Celestron.  I can’t wait to bring it to my dark sky site and spend a night imaging with it!

You can also have a look at the Sky-Watcher HEQ5 Pro Synscan with my refractor telescope mounted to it in the following video. This should give you a better idea of whats involved with a typical deep sky astrophotography telescope setup.