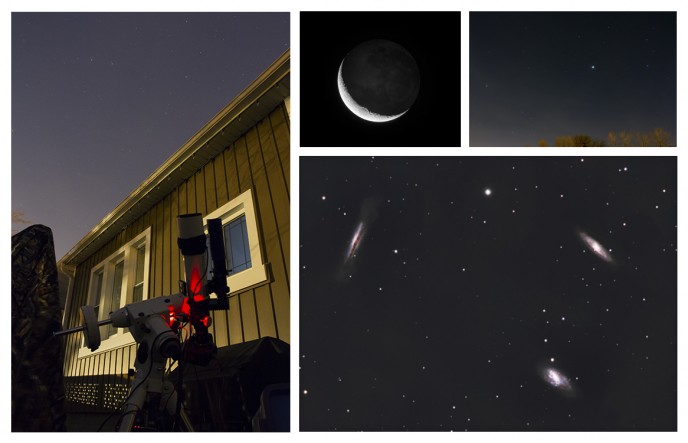 This past weekend, the clouds conveniently parted for me on a nearly moonless Friday night. The “seeing” and “transparency” were by no means perfect, but I was not about to complain. Late winter and early spring are what’s known as “galaxy season” among amateur astronomers and photographers alike.

The milder temperatures and the assortment of observable galaxies make this an enjoyable time of the year for astrophotography.  If I’m going to spend a night photographing galaxies from the backyard, it might as well be 3 at once: The Leo Triplet.

Winter stargazing comes to a close

As we turn our clocks forward for daylight savings time, the winter season of stargazing is on it’s way out. Even though the mighty Orion constellation still dominates our night sky to the South, he quickly fades into the west as the night sets in.

This offers an opportunity for one last look at some delightful deep-sky treasures such as the Orion Nebula before the constellation reappears again in the fall.  As usual, there were far too many cloudy nights during the winter season then I would have liked, but I still managed to squeeze in some imaging time on the Horsehead Nebula, which I will re-visit again next year.

My astrophotography projects this winter – Orion and Horsehead Nebulae 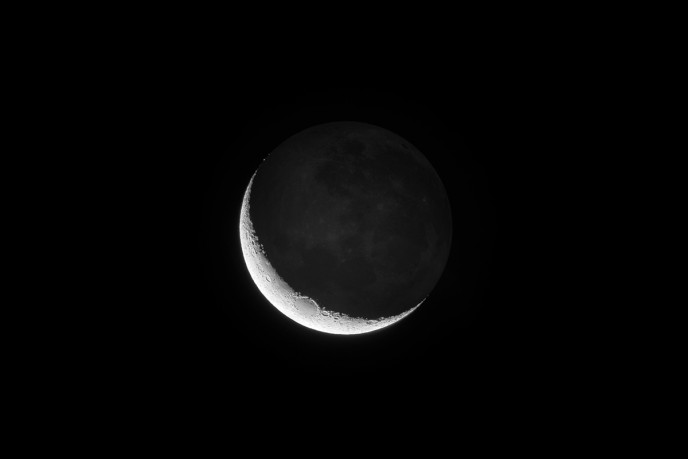 The waxing crescent moon on March 11, 2016, with visible earthshine

Before setting up my astrophotography gear for a night of deep-sky imaging, I took a moment to enjoy the beautiful waxing crescent moon. This is my favorite phase to observe the moon because of the visible Earthshine on the moon’s surface.

Earthshine is the faint glow caused by sunlight reflected off the earth, on the dark portion of the crescent moon.  I have never captured this phenomenon in a photograph so well before, so I am quite happy with my decision to spend some time with the moon before imaging my main deep-sky target for the night. 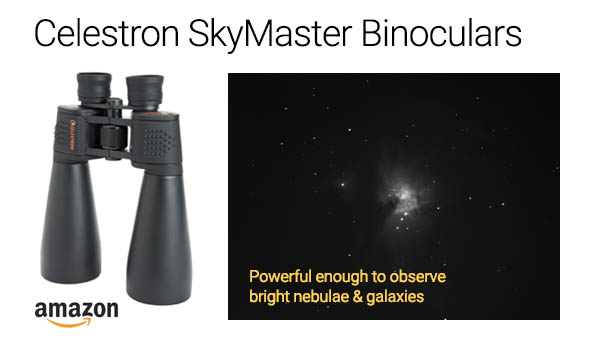 Right now is prime time for observing deep-sky objects in the constellations Bootes, Coma Berenices, Virgo, and Leo. In my opinion, this is also the best time of year to view and photograph objects to the north in Ursa Major such as the Pinwheel Galaxy, Bode’s Galaxy, and the Cigar Galaxy.

The planet Jupiter joins the mix right now, moving across the ecliptic all night long.  Below is a photo I took late Saturday night from the backyard. 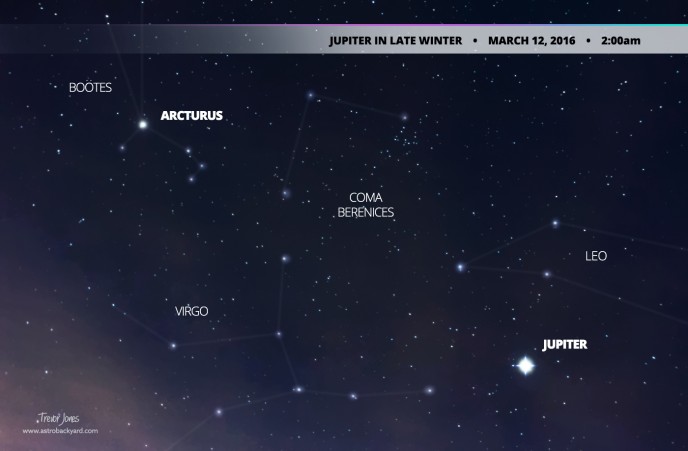 The spring constellations from my backyard – March 11, 2016

Once the moon had set, I began taking the first of many 4 minute exposures on the deep-sky target for the night: The Leo Triplet. The Leo Triplet consists of galaxies M65, M66 and NGC 3628.

It is unique to see 3 spiral galaxies of a similar magnitude so close together in the night sky.  They appear quite small in my 3″ refractor with a focal length of 480mm. I would suggest using a telescope of at least 800mm to photograph this collection of galaxies for some better detail.  Perhaps I will photograph them again during the next new moon using my larger Newtonian reflector. 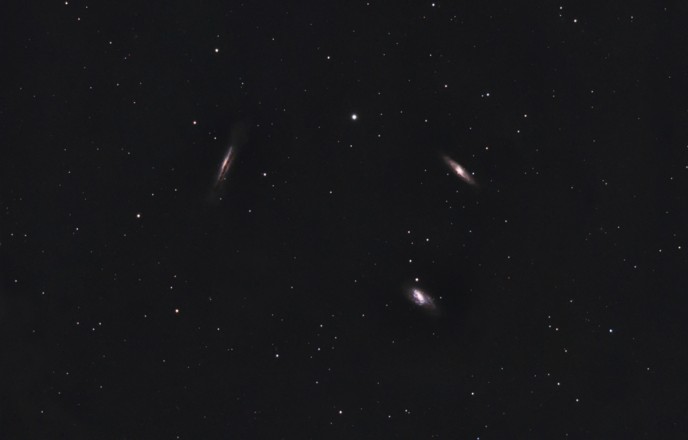 I think it is safe to say I made the most of my Friday night in the backyard. I photographed the waxing crescent moon, the early spring constellations, the Leo Triplet cluster of galaxies and even the planet Jupiter. I finally set my camera to start taking 4-minute dark calibration frames shortly after 4am, and went to bed.

I shot my bias and flat frames the next morning in a groggy haze. All in a day/night’s work for the backyard astrophotographer.