The six bright stars in the lion’s mane and shoulders form ‘the sickle’ asterism, which resembles a backward question mark. Regulus, which is located at the bottom of the ‘question mark’ is the 22nd brightest star in the sky and is also part of the spring triangle asterism. 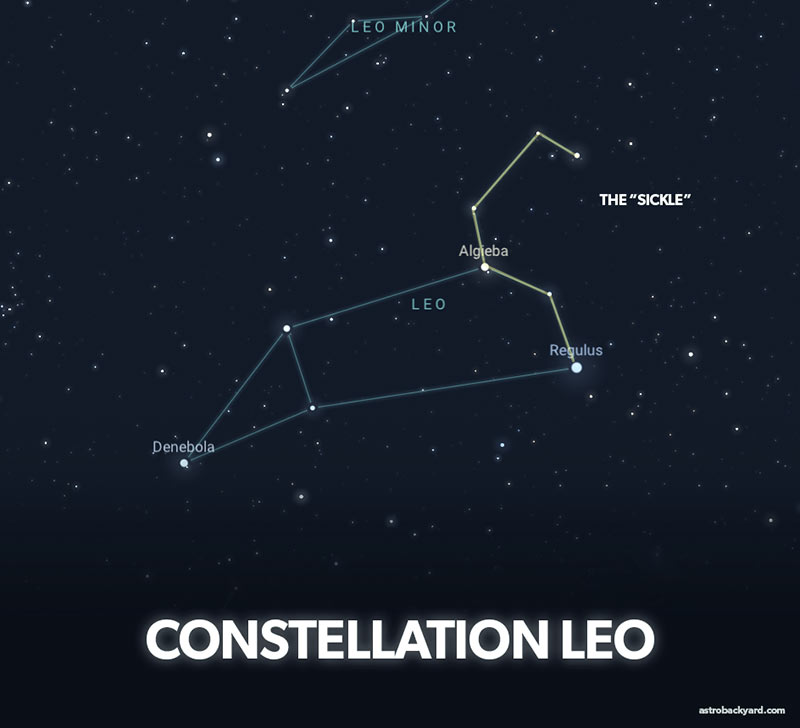 The Leo constellation is associated with an annual meteor shower in the night sky. The Leonids meteor shower peaks between November 17-18 and again in January between 1-7.

Leo is also a member of the zodiac family constellations.

The nine stars that make up the Leo constellation are:

Leo’s Sickle, which includes the stars that form the head and shoulders of the Lion, includes six stars and was named after a harvesting tool.  The six stars included are Epsilon, Mu, Zeta, Gamma, Eta, and Alpha Leonis.

Brightest Stars in the Leo Constellation

The brightest star in the Leo constellation is Regulus with an apparent magnitude of 1.35 and is located at the base of ‘the sickle’ asterism. It is also the only first-magnitude star to sit almost directly on the ecliptic.

The second brightest star is Denebola, an A-type main-sequence star-forming the tail of the lion. 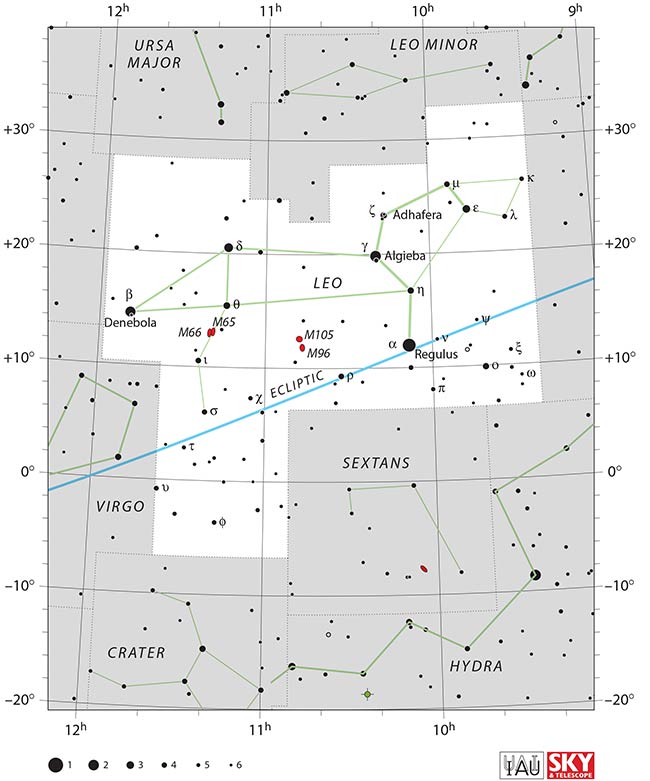 When can you see Leo?

The best time to see the constellation Leo in the North Hemisphere is in the spring from late March to May. During this time it is visible as soon as it’s dark and stays out until early morning.

In April, it will reach the highest point in the sky around 10 p.m. By July, Leo will start to sink below the western horizon.

In the Southern Hemisphere, it can be seen from summer and autumn.

How to Find the Leo Constellation

You can use the backward question mark, or ‘the sickle’ pattern to find Leo. The bright blue-white star Regulus will be located at the bottom of the sickle.

You can also use the Big Dipper asterism to locate Leo. With the Big Dipper oriented with its handle straight down, you can look for the outer two stars in the bowl (also known as the pointer stars).

Once you find the pointer stars, you can draw an imaginary line between these two stars and follow them in the opposite direction of Polaris.

There are a total of six Messier objects found within the Leo constellation: 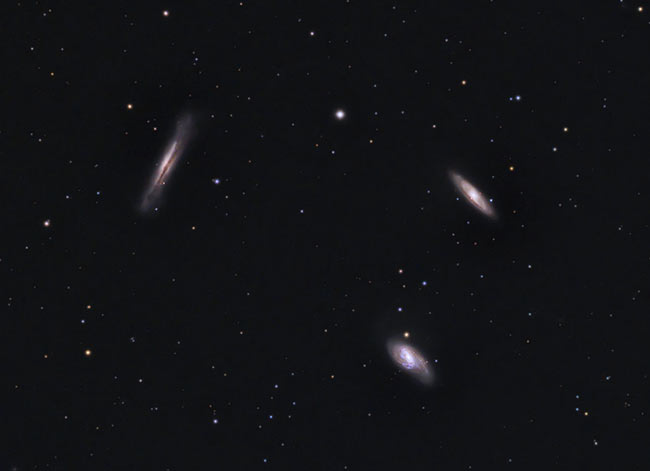 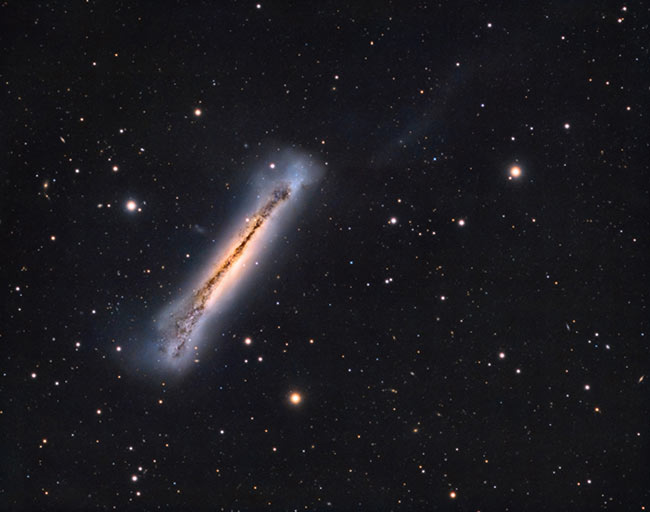 Ancient Arab’s referred to Regulus as ‘Qalb al-Asad’ which means ‘Heart of the Lion’ as well as ‘Cor Leonis’ meaning ‘Lion’s Heart’.

It is thought that the Leo was of particular importance to the ancient Egyptians as the sun shining in front of this constellation marked the annual flooding of the Nile River, bringing plenty of water and fertile soil.

Leo is also known as the fearsome lion who could not be killed by Heracles’ arrows as his skin was impenetrable. Instead, as part of his 12 labors, Heracles trapped the lion in a cave and strangled it to death, and wore its pelt as a symbol of fear to those in Nemea.

In astrology, Leo is ruled by the sun along with Aries and Sagittarius.