Capturing M81 and M82 with an 80mm Telescope

This post was originally published in March 2012, when I was still learning how to use my astrophotography equipment. I was starting to see some promising results using the Explore Scientific ED80 refractor and my Celestron CG-5 GoTo mount.

More importantly, the lessons I learned from Jerry Lodriguss were beginning to sink in and my image processing skills were improving. My workflow involving DeepSkyStacker and Adobe Photoshop has not changed, as I still use those 2 pieces of software to process my images today. 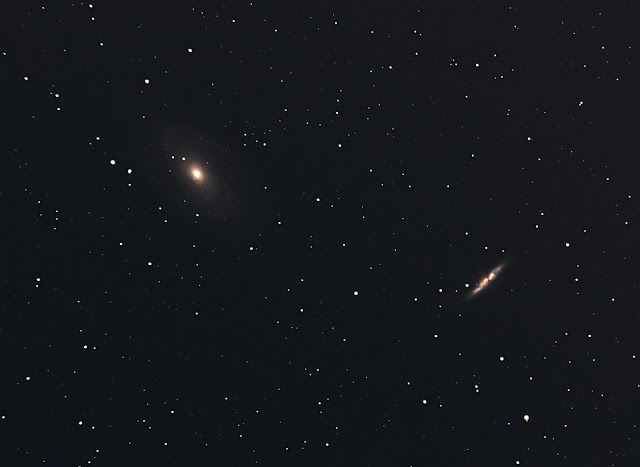 We had a few clear nights during this past week, and I was able to set-up and image for a few hours. The target I chose to shoot is a pair of galaxies in Ursa Major. M81, Bode’s Galaxy and M82, the Cigar Galaxy. They are two distinctly different galaxy types within a close field of view through a telescope.

These galaxies are an excellent choice for visual observations from a dark sky site. I can even see M81 from my light-polluted backyard using my 102mm refractor.

I used 4.5-minute subs for this picture, which is the longest exposures I have ever captured with my DSLR camera. I think I could go to about 5 minutes on a moonless night, but that’s probably it for my light polluted backyard. I desperately need to invest in an IDAS clip-in filter for my Xsi! 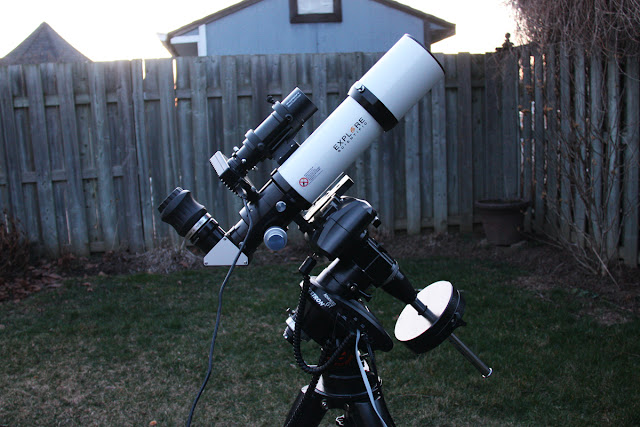 The Explore Scientific ED80 APO in my backyard

Here are the details of this photo:

Stacked with dark, bias and flat 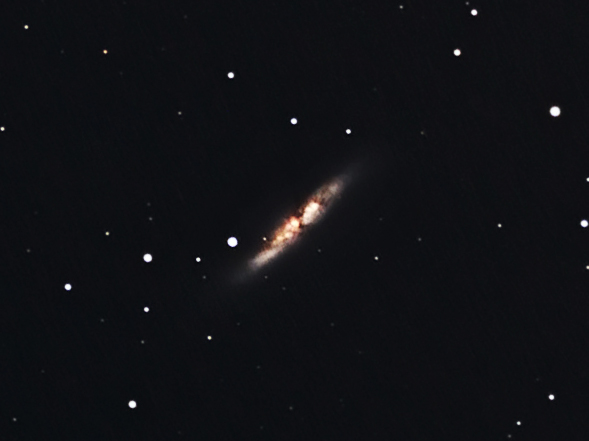 A close-up of the M82 galaxy (The Cigar Galaxy)

I have since captured these galaxies many times using a variety of telescopes and cameras. Here is a video of one of my backyard imaging sessions where I capture M81 and M82 with a cooled CMOS camera in place of a DSLR.

Photographing the M81 and M82 galaxies through a telescope (Video)

GalaxiesM81M82
no comments yet but open for them