There is something about the M78 reflection nebula in Orion that has captivated me since the first time I saw it. Reflection nebulae are probably my favorite type of deep-sky objects in the night sky, as they seem to perfectly depict the cold vastness of space. 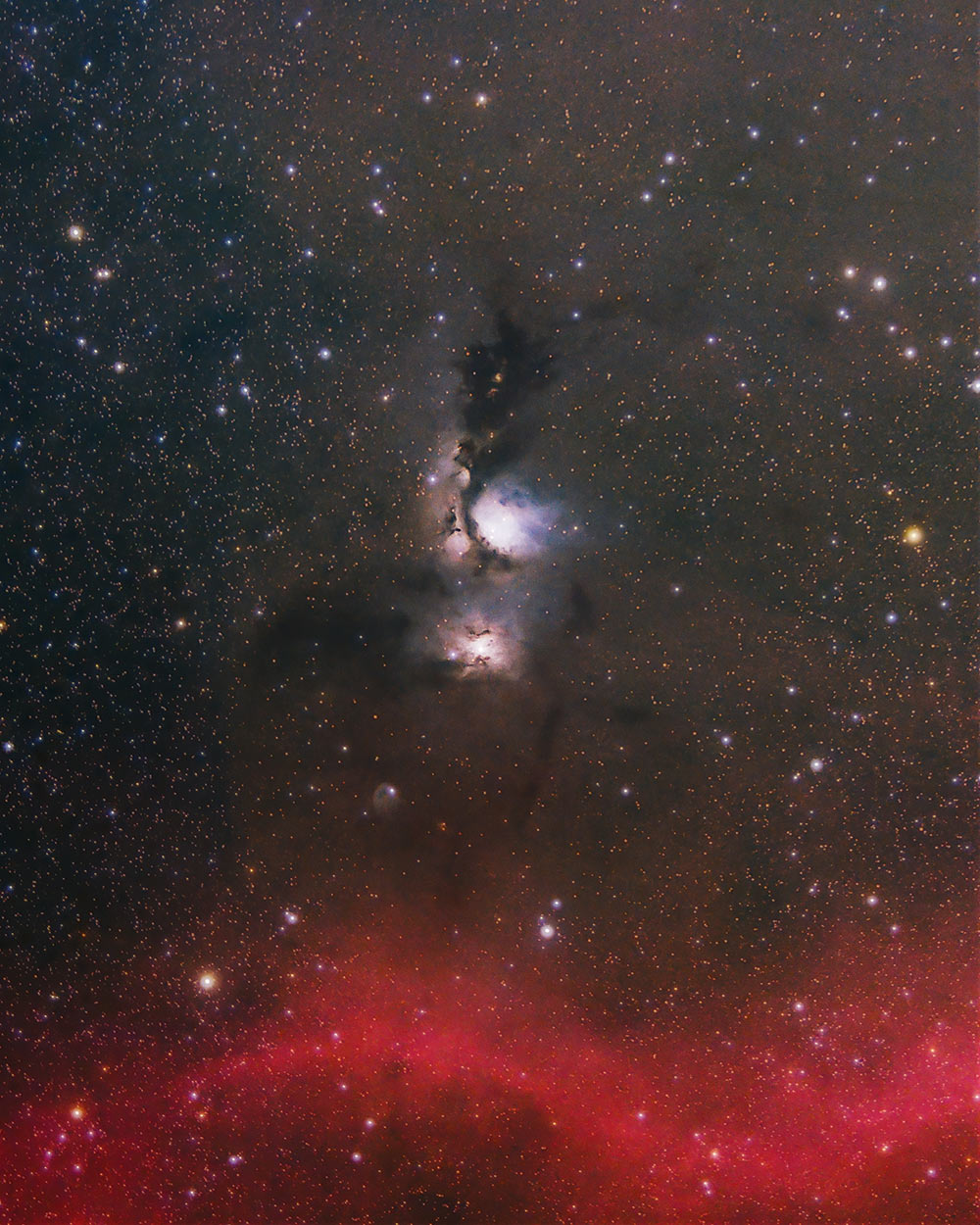 The M78 Reflection Nebula in Orion.

The image above was captured using a one-shot-color astronomy camera, and a Radian Raptor 61 telescope. The image includes 3 hours of total exposure time using a UV/IR filter.

Some people refer to this reflection nebula as the Casper the Friendly Ghost Nebula.

The nebula is lit by a stellar nursery of young stars that illuminate the area with scattered blue light. M78 is classified as a reflection nebula because the dust particles are reflecting starlight from the intensely hot, young stars beneath it. 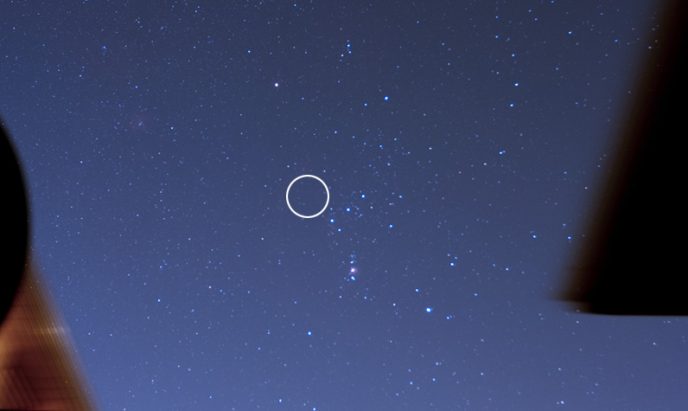 I photographed this reflection nebula over the course of several cold nights from a dark sky site. This was back when my Celestron CG-5 was fully functional and providing consistent images night after night.

My Canon EOS Rebel XSi (450D) had not had the full-spectrum modification treatment yet, meaning this DSLR was completely stock.

As always, I took the time to capture 15 dark frames to subtract noise from my final integration. The image below shows Messier 78 with nearby NGC 2071 at the lower left. 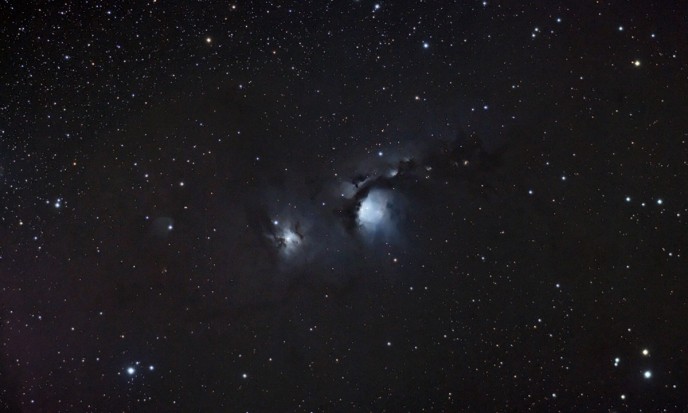 This relatively small reflection nebula is easy to overlook because of it’s proximity to much larger, brighter and more noteworthy nebulous regions such as the Orion Nebula. M78 lies within the constellation Orion, north of Alnitak, and the famous Horsehead Nebula.

It will appear as a small hazy patch through a telescope, as long as you are viewing this nebula in a sky free of moonlight and light pollution. If you can find the Orion Nebula – head upwards to the 3 stars of Orion’s Belt. Then, travel northwest of the leftmost star until you reach Messier 78.

A star map showing the location of Messier 78

“Many stargazers see M78 as a frosty-white featureless blob. But look closer, remain patient, and you’ll see more.  The whole structure is distended, fanning towards the southeast like the head and tail of a small comet.” – One-Minute Astronomer

The absolute most important factor in producing a pleasing image of this nebula is total integrated exposure time.

My early attempts at the target were sad smudges of light in a starry sky. The dusty details that block out starlight and produce the beautiful blue glow from behind only emerged after about 2-3 hours of exposure time.

Dark skies will help bring this object out faster. Aside from several careful curve adjustments, the star reduction action (Noel Carboni’s Tools) in Photoshop was essential for cleaning up the image.

To photograph M78, I used a stock DSLR Camera (Canon EOS Rebel XSi) with an IDAS LPS filter in front of the sensor.

The wide field of view my ED80 telescope provides is a good match for this target. However, I did crop the image substantially from the original size out of the camera. 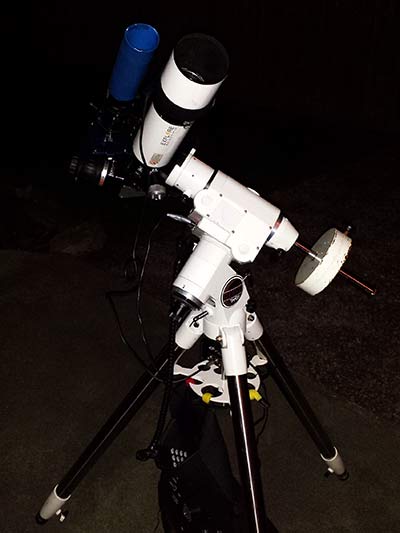 If you are looking to photograph this reflection nebula from home in the city, I’d recommend waiting for a night with great seeing conditions and during the new moon phase.

Also, a light pollution filter suitable for broad-spectrum targets like the Optolong L-Pro or IDAS LPS D1 will help.

To stay up to date with my latest astrophotography adventures, please subscribe to my newsletter.