Even without a tracking mount, your astrophotography images can benefit from manual stacking in Photoshop. This method involves aligning exposures and combining them into a master composite.  It can make a big impact on your astrophotos by reducing noise and improving the signal-to-noise ratio.

The images used in the example were captured using a camera lens in place of a telescope. A wide-angle lens can be a tremendous way to photograph a large area of the night sky at once, rather than zooming in on a deep sky object. 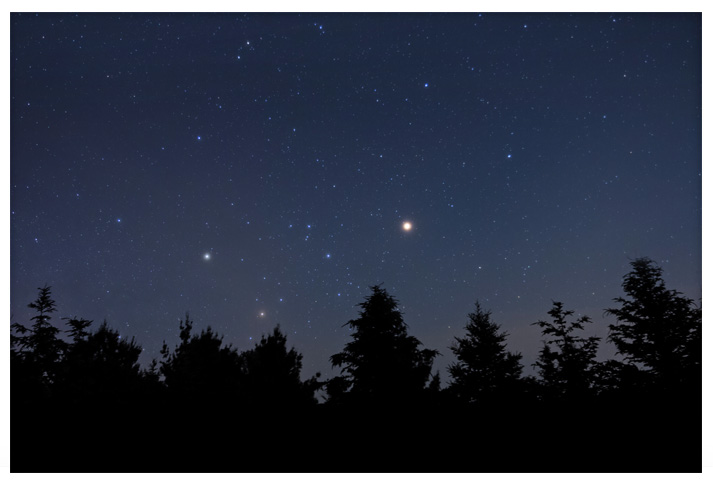 This technique requires no darks frames, no stacking software, and no tracking mount.

The 2 software applications used in this tutorial are Adobe Bridge and Adobe Photoshop. (Lightroom will also work) The main idea is to reduce noise by layering single exposures gradually, effectively canceling out much of the noise from a single frame.  The key is to gradually reduce the opacity of each layer until you reach the top of the image set.

Let’s say you have taken a 30-second exposure of the starry night sky with your camera on a tripod.  By taking 10-12 shots of the same scene, your final composite version will have much less noise, a smoother background, and more detail.

Watch the video tutorial below:

In my example, the camera happened to be sitting on top of a telescope on a German equatorial mount.  Don’t confuse this fact into thinking this method does not work without a tracking mount.  30-second exposures at wide focal lengths do not contain much star-trailing and are perfect candidates for this treatment.

The reason this technique is referred to as “manual stacking” is that the user layers each exposure manually, rather than loading the frames into Deep Sky Stacker.  The simplicity and effectiveness of this technique is something all astrophotography enthusiasts can benefit from. 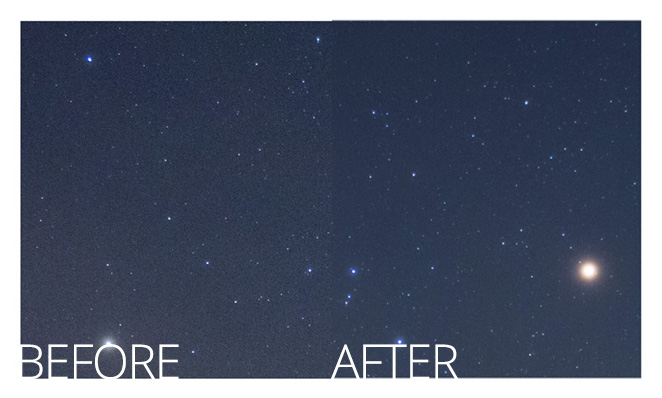 A small tracking camera mount such as the iOptron SkyTracker Pro allows you to shoot longer exposures than you can on a stationary tripod. The SkyTracker compensates for the rotation of the Earth, meaning that objects in space stay put as your camera collects light.
This is a useful piece of astrophotography gear if you plan on photographing the Milky Way. The following images uses 60 x 2-minute exposures at ISO 1600. The individual images were stacked using DeepSkyStacker, but similar results could be produced using the manual stacking process. 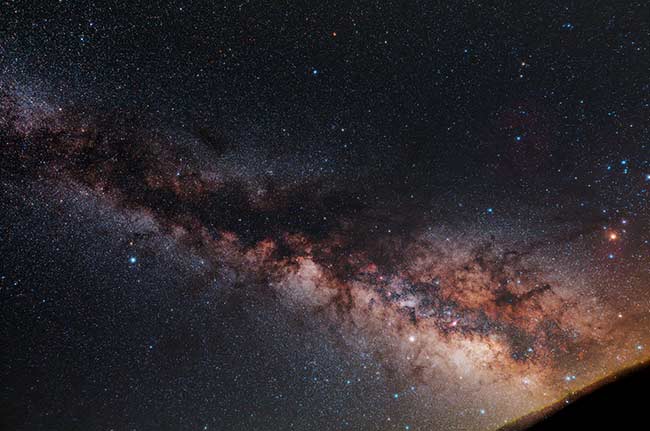 My deep-sky imaging has been put on hold as it has been cloudy for nearly 3 weeks straight. This weather is sure to get any backyard astrophotographer down. However, my passion for imaging couldn’t be stronger as I have recently added some new astrophotography equipment to my arsenal.  This time, it was my primary imaging camera that needed replacement.

After much consideration, I have decided to finally upgrade my primary imaging camera to a Canon Rebel T3i.  If you follow AstroBackyard on Facebook, you may have heard that this DSLR was professionally modified for astrophotography by removing the IR cut filter.  The Canon 600D features an 18MP CMOS sensor capable of producing images 5184 x 3456 pixels in size.  This is a huge leap from the 12MP 450D sensor I was using.

Powering the camera for a full night of imaging requires more than a single battery charge.  I purchased an AC adapter to plug the camera into an electrical outlet for unlimited power.  I never had this function with my previous imaging camera, and fumbled around with batteries for far too long.  I also sprung for a remote shutter release cable with a built-in intervalometer.  The great news is that this model is compatible with my Canon Xsi as well.

The AC Adapter for the Canon T3i is available on Amazon 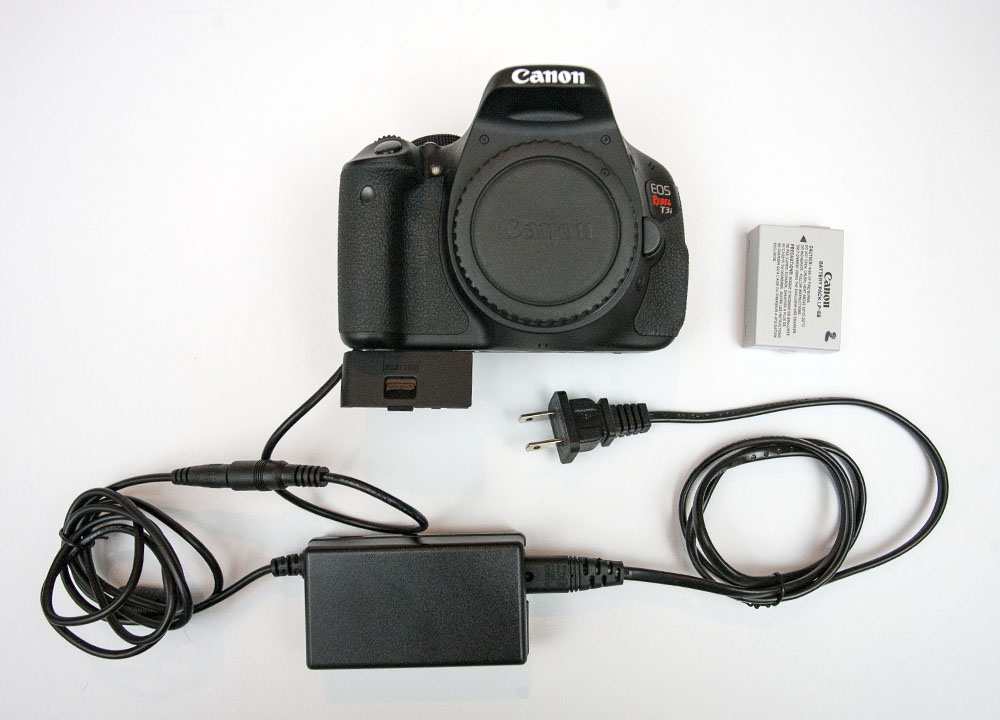 I am really excited to start using this camera for deep-sky imaging.  Although tests show that the thermal noise level is comparable with the 450D, the Canon T3i’s increased resolution means larger astrophotos with enhanced detail. Also, the flip-out LCD screen will come in handy when focusing using live view.  This camera was modified by Astro Mod Canada.

Did you notice the aerial footage in the latest AstroBackyard video on YouTube?  That video was shot at a friend’s house using a DJI Phantom 4 in his backyard. I absolutely love drone footage and hope to get one of my own in the near future.  There are infrequent situations where that type of footage makes sense for an astrophotography video, but I’ll find a way to work them in!

I’ve also been working away trying to improve the resources on this website.  The photo gallery, equipment, and tutorial sections have seen a number of changes this month.  Thank you to everyone who has taken the time to comment on my blog posts, I really appreciate the kind words.  For the latest information and photos, please follow AstroBackyard on Facebook. 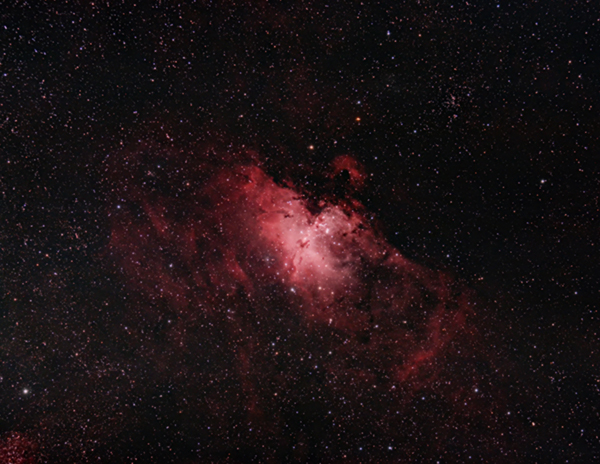