Vega, otherwise known as Alpha Lyrae or the Harp star, is located in the constellation Lyra. It is the fifth brightest star in the night sky and the third brightest in the northern sky, following Sirius and Arcturus. 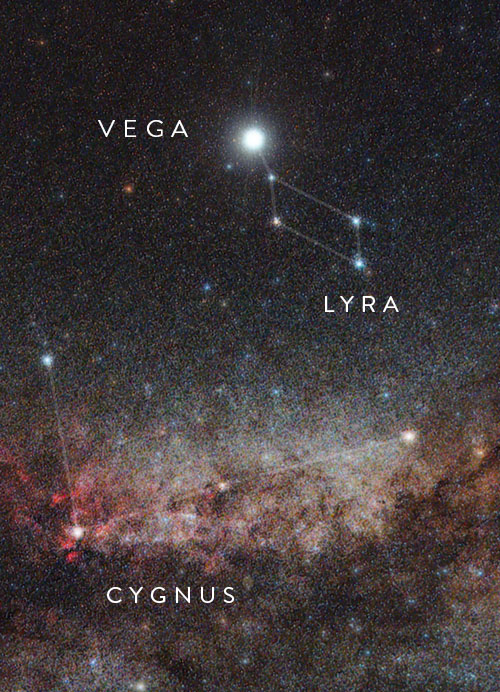 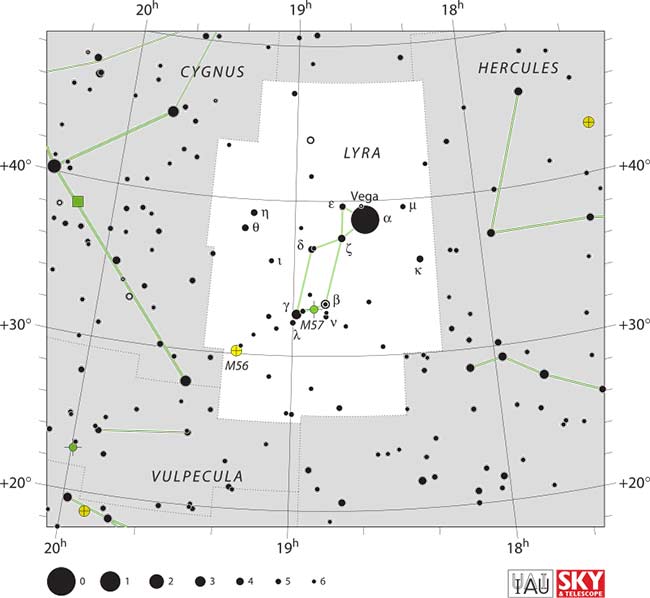 Vega is also one of three bright stars that make up the summer triangle asterism. The stars of the summer triangle, which include Altair and Deneb, are highest in the northern sky from July – August. Look eastward for this star pattern starting in the month of May.

What type of star is Vega?

Since massive stars use their fusion fuel more quickly than smaller ones, Vega’s lifespan is approximately one billion years, which is a tenth of our Sun’s.

Its cool-blue color is a result of the energy and heat emitted, with a surface temperature of 9,400 Celsius (17,000 degrees Fahrenheit). 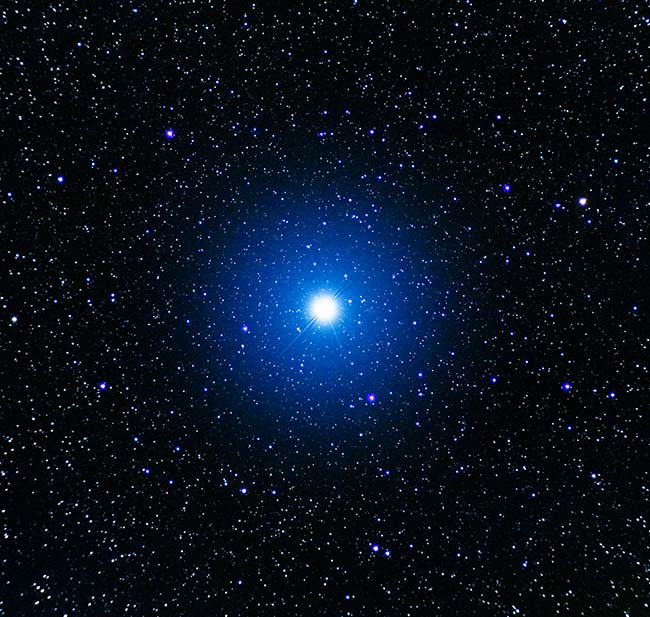 Where is Vega located?

As mentioned, Vega is located in the constellation Lyra which represents a musical instrument with strings, known as a lyre.

Lyra is a small constellation so if you have trouble locating it, look for the cross formed by the stars in the constellation Cygnus. Vega is the bright star under the swan’s wing.

At midlatitudes, this bright star can be seen in the late spring and summer months by looking northeast. Throughout the summer, it continues to shine bright in the east until it is high overhead in the autumn and northwest by December. 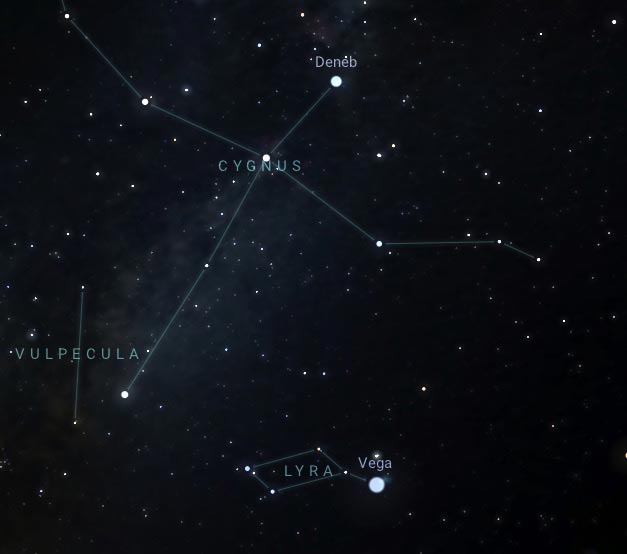 Vega and the constellation Lyra can be found under the wing of the Swan (i.e. Cygnus) | Stellarium Web

Why is Vega so bright?

Vega is so bright because it’s big, hot, and close to us.

This enormous star is roughly twice the size of our Sun and as a blue-white star, it is easily visible to the human eye.

At approximately 25 light-years away, it is relatively close to our Sun and the sixth closest of all the bright stars with a visual magnitude of 0.03.

Combine these factors (i.e. size, proximity, and distance) and you get a bright star easily visible from Earth.

Although it is a bright star, it does dim regularly. As a variable star, the apparent magnitude changes due to the star’s rotation.

Why is the star Vega important?

Vega is considered to be an important star in the night sky because it helped astronomers learn more about our solar system. It was also the first star, other than our Sun, to be photographed.

Several thousand years ago Vega was also the North Star. The Earth’s axis very slowly ‘wobbles’, in a movement called precession, causing a change in which star is considered the north star.

This cycle takes 26,000 years wherein 12,000 years from now, the axis will be pointed in the direction of Vega again.