The Pelican Nebula is an H II region (emission nebula) in the constellation Cygnus. Cataloged as IC 5070, this nebula lies right next to the North America Nebula. The Pelican Nebula contains an active mix of star formation and evolving gas clouds.

An ionization front is gradually transforming the gas of the Pelican Nebula thanks to light emitted by young energetic stars. Over millions of years, this nebula will no longer resemble a Pelican in shape, as the gas and placement of stars will have changed.

Over the years, I have photographed the Pelican Nebula with my camera and telescope many times. The image below was captured using a dedicated astronomy camera, and a large refractor telescope. 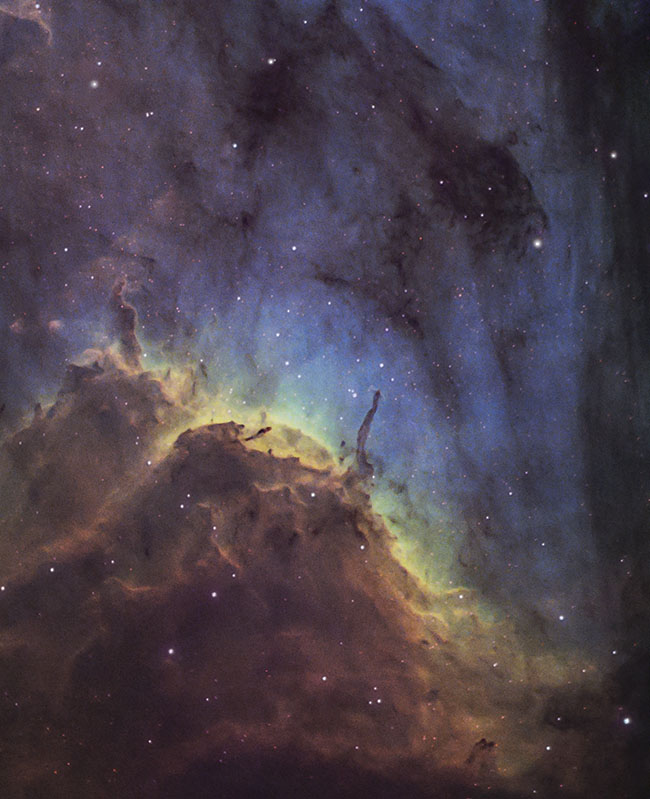 The Pelican Nebula in Cygnus by Trevor Jones.

The active mix of young star formation and evolving gas mean that the Pelican Nebula will eventually change in appearance over millions of years. The prominent ridge of emission gas in this nebula (IC 5076), can be seen in greater detail at this focal length.

If you plan on photographing this nebula yourself, I suggest taking great care in the framing of this ridge. My initial framing had this feature at the very edge of the image, where I as I prefer to keep it close to the center.

Because the Pelican Nebula is rather large and bright (as far as nebulae go), you do not need a professional CCD camera and expensive equipment to photograph it. The image below was shot using an old DSLR camera (Canon EOS Rebel Xsi) and a small telescope. 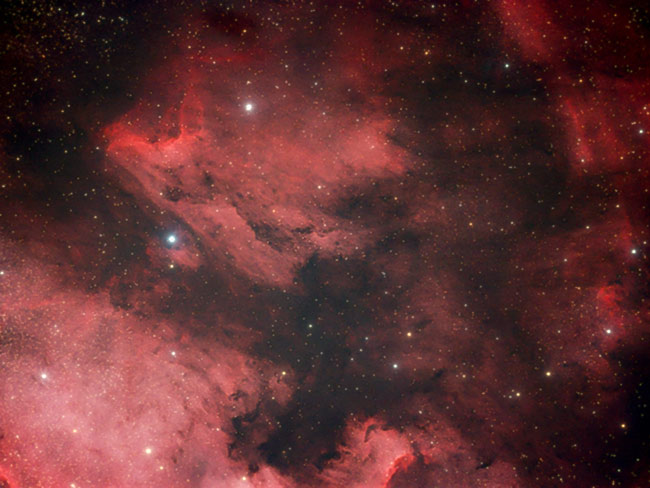 This is a fantastic astrophotography target, especially using an astro-modified DSLR camera (full spectrum) and a wide-field telescope. The photo above utilizes only broadband RGB images, taken from a dark sky location. The wide field of view provided by the refractor telescope used allowed me to capture the entire Pelican Nebula, with much of the North America Nebula (NGC 7000) as well.

This region boasts significant details in the H-alpha wavelength, so using an H-alpha filter would help to capture some excellent luminance detail. It is possible to photograph the Pelican Nebula using a stock DSLR camera, but the vibrant reds will be tough to bring forward in post-processing. The camera used for the photo above was modified for astrophotography by removing the stock IR cut filter over the camera sensor. 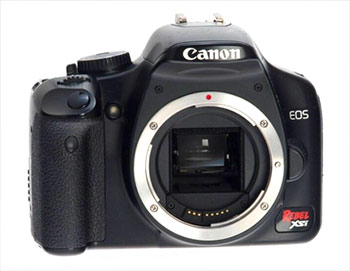 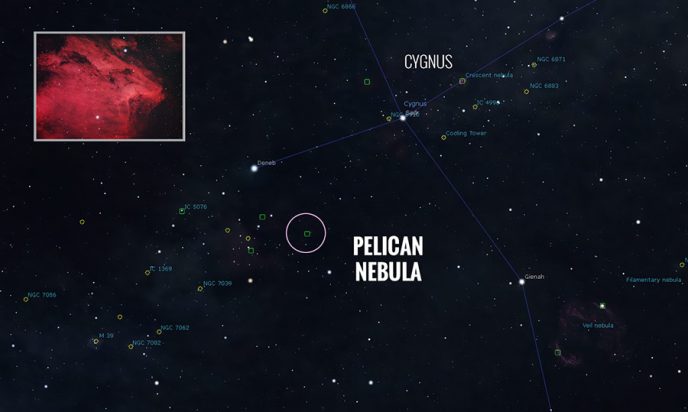 Where to find the Pelican Nebula in the Constellation Cygnus (Stellarium)

An IDAS LPS D1 light pollution filter was used to help ignore light pollution, and provide a supplementary UV/IR cut filter for my naked CMOS sensor. Many of the astrophotos in my photo gallery utilize this filter when a DSLR camera was used. This filter does a great job at suppressing light pollution without ruining the natural star colors in the image.

The rich hues of pink and red were coaxed out by boosting the saturation of the image in Adobe Photoshop. The stars were reduced significantly to showcase the delicate details of the dark dust found in this nebula. A large, bright deep-sky object like this can be a lot of fun to process. This region in Cygnus is certainly one of the most photographed areas of the night sky from the Northern Hemisphere.

To better understand the location of the Pelican Nebula in relation to the nearby North America Nebula, see the wide field photo below. 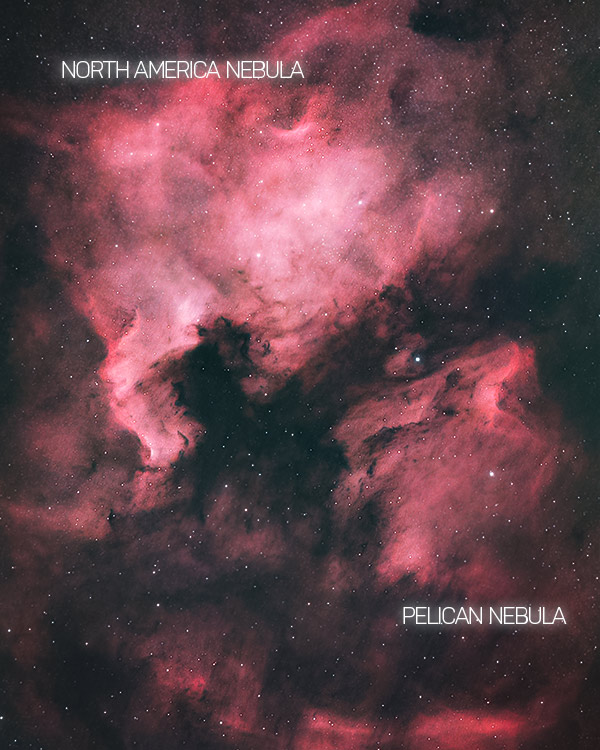 The Pelican Nebula in Narrowband

In 2018, I revisited this emission nebula using a larger refractor telescope with a focal length of 925mm. This version was captured from my light-polluted backyard at home, so I used a specialized filter that ignores much of the visible light spectrum.

In the image of the Pelican Nebula below, I captured the intense glow of this emission nebula using a Duo-Narrowband astrophotography filter. The STC Astro Duo-Narrowband filter collects light in Ha and OII at the same time. For certain astrophotography targets, such as IC 5070, a narrowband filter like this allows backyard imagers to collect more details from home than ever before. 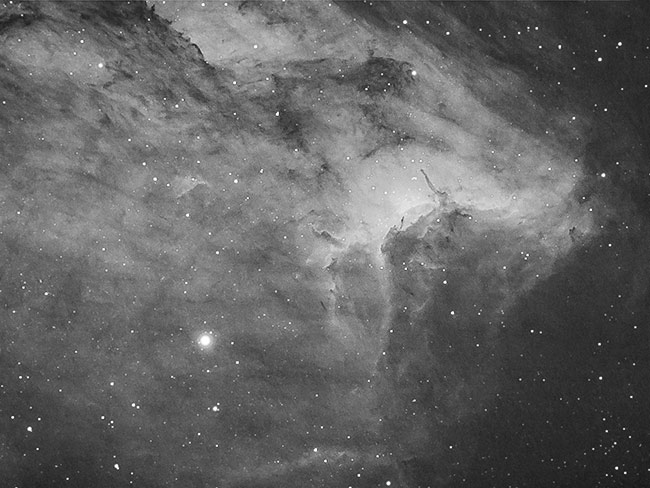 The Pelican Nebula in Ha and OIII with a color camera

This image includes 3 hours of total integrated exposure time, using the ZWO ASI294MC-Pro astronomy camera. I combined 36 x 5-minute images that I captured using a William Optics Fluorostar 132 refractor telescope riding on the iOptron CEM60. The size of the Pelican Nebula turned out to be a perfect fit for the image scale created using this camera and telescope configuration. 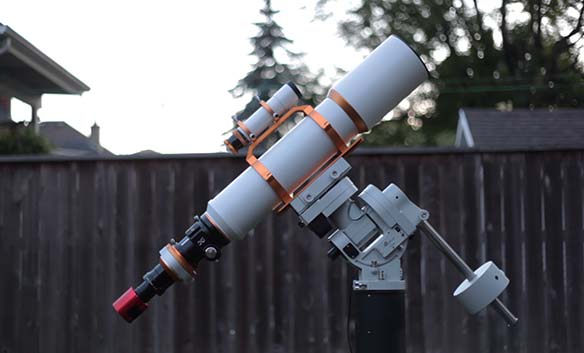 The following image in greyscale was actually captured using a color astronomy camera. (ZWO ASI294MC-Pro). The duo-narrowband filter used recorded light in both Ha and OIII wavelengths in full color. Then, I extracted the red channel from the image to isolate the prominent signal of the rich hydrogen gas.

I think that this technique produces some interesting results on emission nebulae like the Pelican Nebula. I have shared my results shooting narrowband with a color camera in the past, but this data is one of the most impressive results I have been able to achieve thus far. 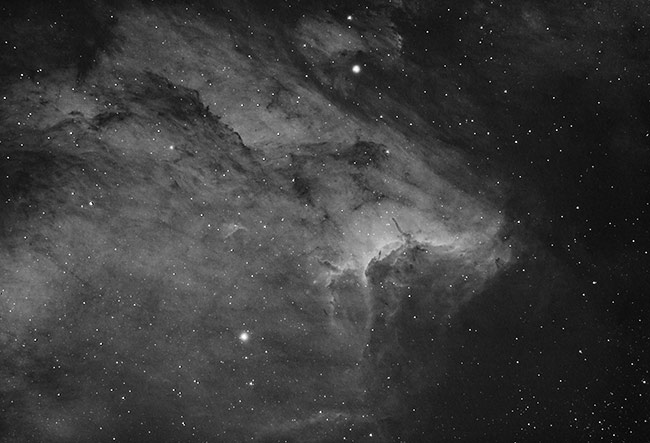 The STC Astro Duo Narrowband filter (round mounted 2-inch) is a superb choice for maximizing the amount of narrowband data collected using a color camera. The image above was captured during a nearly full moon!

To fully harness the power of narrowband imaging, a monochrome camera and dedicated single bandpass filters are best.