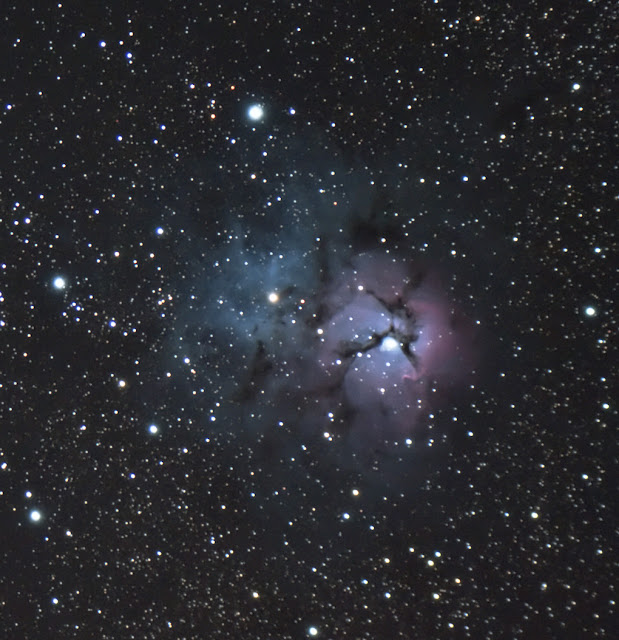 M20 – The Trifid Nebula
It all started on Friday, April 27th when I was lucky enough to spend another night at the RASC Niagara Observatory in Wellandport, Ontario. The clouds hung around until about 1:30 am, just as the moon was setting.

Now that the summer constellations are beginning to appear again, I wanted to take a crack at the beautiful Trifid Nebula.

I stayed up all night long, which would have normally been okay on a Friday night. However, a Cousin’s wedding the next day meant I was walking around in a suit with bags under my eyes. Having to explain that you look tired because you were photographing a nebula all night can garner some odd looks.

The above shot was taken with the following details:

2 days later, I was finally able to take my first photo of the sun using my homemade filter (with safe Baader solar film) fitted to my 4.5″ Orion Skyquest XT. The photo below was taken at 3 pm on Sunday, April 29th with a Canon Powershot Digital Camera through a 26mm Orion Eyepiece. 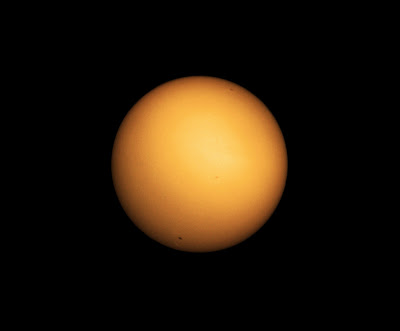 Later that night, the weather gods blessed me with clear skies after the moon had set, again. I was able to capture an hour of data on another exciting DSO that I have never tried before, M17.

I was very surprised at how well this turned out despite the fact that it was so low in my light-polluted backyard sky. This nebula is quite bright, which made it easier to pull the details forward in post-processing. 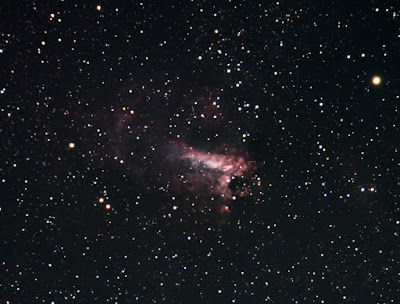